PECUSA and the Scottish myth 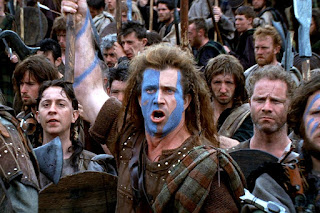 Our bishops today trace their succession to Samuel Seabury ... so our roots really are here in Aberdeen, Scotland. Indeed, Scotland is our mother church - Presiding Bishop Michael Curry.

On 14th November 1784, non-juring Scottish bishops consecrated Samuel Seabury as bishop.  Significant?  Yes, it was not insignificant.  Does it make the Scottish Episcopal Church the "mother church" of PECUSA/TEC?  Absolutely not.

To begin with, early PECUSA statements make it abundantly plain that Protestant Episcopalians in the newly independent United States looked primarily to the Church of England to define their identity, not the Scottish Episcopal Church.

In the 1789 PECUSA General Convention  'Address to the Most Reverend Archbishops of Canterbury and York', it was declared:

[W]e are more especially called to express our thankfulness, for that particular act of your fatherly goodness, whereby we derive under you, a pure Episcopacy and succession of the ancient order of Bishops .... we continue, as heretofore, most sincerely attached to the faith and doctrine of the Church of England.

Similarly, the Preface to the PECUSA BCP 1789 stated of its revisions:

It seems unnecessary to enumerate all the different alterations and amendments. They will appear, and it is to be hoped, the reasons of them also, upon a comparison of this with the Book of Common Prayer of the Church of England. In which it will also appear that this Church is far from intending to depart from the Church of England in any essential point of doctrine, discipline, or worship; or further than local circumstances require.

It was not to the peculiarities of the Scottish Episcopal Church that PECUSA looked in order to define itself in the early years of the new republic.  Rather - and despite the political sensititives in doing so - PECUSA looked to the Church of England to define the identity of Protestant Episcopalianism.  A sense of this is seen in Article 8 of the Constitution adopted by the General Convention in 1789:

A book of common prayer, administration of the sacraments, and other rites and ceremonies of the church, articles of religion, and a form and manner of making, ordaining and consecrating Bishops, Priests and Deacons, when established by this or a future General Convention, shall be used in the Protestant Episcopal Church in those states which shall have adopted this constitution.

That reference to Articles of Religion has particular importance because the Articles played no role in the Scottish Episcopal Church until the 19th century.  By contrast, while PECUSA reflected latitudinarian tendencies and did not require subscription to the Articles, great care was taken to cautiously revise them.  With the exception of the omission of reference to the Athanasian Creed in Article 8, the only other revisions - to Articles 21, 35, 36, 37 - concerned the changed political context following independence.

The resolution of the 1801 General Convention declared, "The articles of religion are hereby ordered to be set forth ... as established by the Bishops, the Clergy and the Laity of the Protestant Episcopal Church in the United States of America".  This quite clearly marks out PECUSA as understanding itself as having an identity - and a relationship with the Church of England - significantly different from Scottish Episcopalianism. 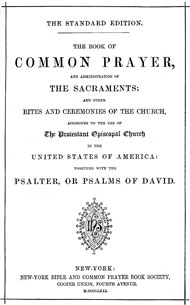 As for the distinctive aspects of the Scottish Communion Office, yes the PECUSA BCP 1789 did partially incorporate these in the Prayer of Consecration.  The qualification is significant as a comparison of the key text indicates:

And we most humbly beseech thee, O merciful Father, to hear us, and of thy almighty goodness vouchsafe to bless and sanctify, with thy word and holy Spirit, these thy gifts and creatures of bread and wine, that they may become the body and blood of thy most dearly beloved Son - Scottish Communion Office, 1764.

And we most humbly beseech thee, O merciful Father, to hear us; and, of thy almighty goodness, vouchsafe to bless and sanctify, with thy Word and Holy Spirit, these thy gifts and creatures of bread and wine; that we, receiving them according to thy Son our Saviour Jesus Christ’s holy institution, in remembrance of his death and passion, may be partakers of his most blessed Body and Blood - Communion Office in PECUSA BCP 1789.

As can be seen, the PECUSA text modifies the Scottish invocation, making it compatible with the wording of the 1662 Prayer of Consecration, petitioning for faithful reception.  Even then, we should remind ourselves that the Eucharistic doctrine of century Scottish Episcopalians well into the 19th century was the Virtualism of the pre-1833 High Church tradition.  In the words of Nockles:

This debate, of course, was in the future.  To peculiarities of the Scottish Communion Office are a distraction when considering PECUSA origins.  The PECUSA BCP 1789 took care to revise the most controversial of these - the invocation in the Prayer of Consecration - in the direction of 1662.  And, despite the liturgical differences, Scottish Episcopalians shared with the English and American pre-1833 High Church tradition the Virtualist eucharistic doctrine summarised by Seabury himself:

For after the bread and wine are set apart, to be the symbols of Christ's body and blood, and after we have solemnly offered them to God, we then proceed to invoke on them the descent of the Holy Ghost, to sanctify them, and to make them, not indeed in substance, but in power and efficacy, the body and blood of Christ.

And what then of Seabury himself?  Just how important was his consecration?  It was significant precisely because of what it led to - the Consecration of Bishops Abroad Act, 1786, permitting the Church of England to consecrate bishops for other jurisdictions without the need for the Oath of Allegiance to the Crown.  The significance of Seabury's consecration by Scottish non-jurors was that it resulted in English bishops consecrating William White and Samuel Provoost in 1787, and James Madison in 1790.  As the succession list of Episcopal Bishops shows, White, Provoost and Madison were more significant to this succession than Seabury.

Of course, the three Scottish non-juring bishops who consecrated Seabury, stood in the apostolic succession because in 1610 King James I/VI restored the episcopate to the then presbyterian Church of Scotland through the consecration of three Scottish bishops ... by English bishops.

The Scottish myth of PECUSA's founding and origins quite simply does not withstand even cursory scrutiny.  As an account of founding and origins, it has been used to undermine Anglican coherence - overstating diversity in liturgy and doctrine, and minimising the role of the Articles of Religion in establishing the parameters of Anglican identity, overlooking the normative significance of "the faith and doctrine of the Church of England".  In the words of Presiding Bishop Curry:

There’s kind of an American spirit that has a lot to do, I think, with the spirit of Scotland, and that sense of freedom and independence. That’s pretty American, and I have a feeling we get that from Scotland.

There is the Scottish myth in action. 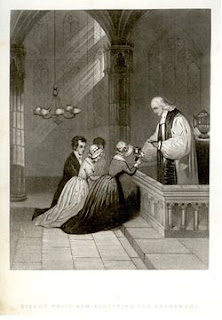 John Milbank has said, "it should be noted that the Anglican legacy is perhaps more ... coherent than is sometimes realised".  Part of retrieving that coherence requires the Scottish myth of PECUSA's founding and origins to be dismissed, allowing us to see afresh and with greater insight the Anglican tradition establishing itself in the new and challenging context of the American republic.

(The final illustration is of Bishop William White - consecrated by the Archbishops of Canterbury and York, and the Bishops of Bath & Wells and Peterborough - administering the Holy Communion.) 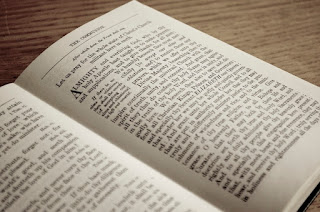