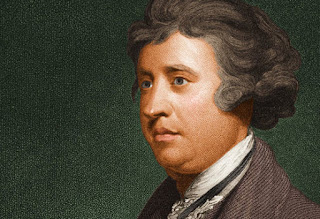 The very reason the Church of England has survived and flourished over centuries is because ministry has evolved. The Anglican stability that people rightly cherish - as do we - is the result of our willingness to change.

So said the Archbishops of Canterbury and York in this week's Spectator.  And they are, of course, correct.  The very idea of 'Reformation', after all, is dependent upon a recognition that the absence of change can mean the Church failing to be faithful.  As the messages to the seven churches in the Revelation to John indicate, an openness to change is part of what it means to be attentive to God's purposes: "He that hath an ear, let him hear what the Spirit saith unto the churches".

It was, however, what the Archbishops go on to state in defence of this point that particularly caught my attention:

We might wonder at the rather tone deaf quality of invoking Hans Küng.  It does not take a great leap of the imagination to guess that theologically literate readers of the Spectator may not be entirely persuaded by a quotation from Küng.  More significant than this, those with whom the Archbishops (we can assume) are looking to engage - critics within the Church of England - are almost certainly going to be unimpressed by quoting a theologian who represents waning and tired Old Hat liberal theology.  Quoting Küng is akin to quoting John Robinson or Don Cupitt.

What is particularly odd, however, is that the principle here articulated by Küng is much better known through Burke's famous words:

We might suggest that Edmund Burke may have significantly more credibility amongst both many Spectator readers, and many critics of what is perceived to be the current direction of the Church of England, than does Hans Küng.  Quoting Burke would also have indicated, before a probably rather sceptical audience, some willingness to meaningfully engage with conservative-leaning opinion. Quoting Küng ahead of Burke, however, might fairly be interpreted not only as a clumsy tone-deafness but also as indicative of a deeper lack of knowledge of the conservative political tradition.  Neither of these can be considered helpful to the mission of the Church of England, ministering to a politically diverse country with a strong and popular tradition of conservative politics.

The fact that this tradition, of which Burke has been the most influential exponent, is also rooted in the thinking of Richard Hooker increases the disappointment.  Burke's "A state without the means of some change is without the means of its conservation" is profoundly Hookerian wisdom.  Hooker's contention, against those claiming jure divino status for government by presbytery, was that it was entirely erroneous to claim that the Church's "form of polity" had been "set down for perpetuity", "altogether unchangeable".  Such claims, Hooker declared, that "Christian Church-polity may not be altered by extinguishment of any old or addition of new in that kind, is ... a marvellous strange discourse".  The result of this is that it "depriveth the Church of liberty" to reform or alter laws "as have the nature of things changeable according to the difference of times, places, persons, and other the like circumstances" (see LEP III.11).

Change must occur if Church or state is to be conserved.  Burke also echoes, however, Hooker's wisdom in emphasising the need to exercise cautious discernment in this process.  Hooker rejected the immediate claim to divine right on the basis of Scriptural commandment voiced by those urging the rejection of episcopacy and adoption of government by presbytery.  Instead, Hooker contended, they had failed to present a reasonable case:

Surely the present form of Church government which the laws of this land have established, is such, as no law of God, nor reason of man hath hitherto been of alleged force sufficient to prove they do ill, who to the uttermost of their power withstand the alteration thereof.  Contrariwise, the other which instead of it we are required to accept, is only by error and misconceit named the ordinance of Jesus Christ, no one proof as yet brought forth whereby it may clearly appear to be so in deed (Preface 1.2)

In place of loud calls for change, marked by "impertinent and needless speech", encouraged by "partial and untrue reports", a "solemn conference in orderly and quiet sort" would allow for "gravity and wisdom" in assessing the arguments of those upon whom the burden of proof rests, as they are seeking "to destroy a thing which is in force, and to draw in that hath not as yet been received" (Preface, 5:3-4).

A similar call for cautious discernment in seen in Burke's response to those invoke a jure divino status for 'The Rights of Man':

The pretended rights of these theorists are all extremes: and in proportion as they are metaphysically true, they are morally and politically false. The rights of men are in a sort of middle, incapable of definition, but not impossible to be discerned. The rights of men in governments are their advantages; and these are often in balances between differences of good; in compromises sometimes between good and evil, and sometimes between evil and evil. Political reason is a computing principle; adding, subtracting, multiplying, and dividing, morally and not metaphysically, or mathematically, true moral denominations.

The Hookerian roots of Burke's thought are not unknown within contemporary Anglicanism.  John Milbank has recently referred to "echoes ... of the legacy of Richard Hooker" in Burke.  Rowan Williams in 2005 gave a lecture on Hooker's understanding of law which, while not explicitly mentioning Burke, had very obvious Burkean resonances:

In the state in general, laws against theft and murder and fraud, laws that protect people from assault, exclusion and prejudice, laws that support domestic stability and so on are laws without which no common human life is imaginable. And in the Church, the common life of this 'supernatural' society requires an ethic of generosity, forgiveness, fidelity, and a practice of common prayer. Nothing can change these basics, in Church or state, because such constraints are bound up with God's purpose in creating the world and human beings within it, with a heavenly destiny. But there are then all those laws that contribute to the maintenance of this or that particular society or Christian community. These are not unchangeable, because the outward forms of governance alter with the passage of time; but this does not mean that their authority is relative at any given moment. We can't be members of a timeless universal human society. We are bound to be citizens of a specific social unit. So those laws that contribute to the good order of that social unit have an equally binding character, though they may be changed by the authority that enforces them for whatever may seem to be good pragmatic reason.

Which brings us back to why Küng, not Burke, was quoted by the Archbishops; to why a shallow and unconvincing liberalism was invoked, rather than a figure who represents a deep and substantial tradition of Anglican thought, with roots in Hooker.  It is difficult to fathom why the Archbishops thought invoking Küng would assist in convincing Spectator readers that there is no archepiscopal desire "to dismantle [the Church of England] we have inherited, but to build upon its proud and treasured foundations".  To overlook Burke, after all, is to overlook part of those proud and treasured foundations.