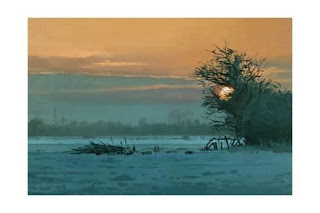 At the conclusion of his Wendell Berry and the Given Life, Ragan Sutterfield (an Episcopal priest) includes an interview with Berry.  Sutterfield asks:

For someone reading your work, daydreaming of country life while on his lunch break in downtown Chicago, what would be the first advice you would offer for him to reclaim his life as a creature?

What Berry doesn't but could say is 'keep the Ember Days'.

In contemporary Anglican calendars the Ember Days - when they are actually mentioned - have a quite narrow focus on "prayer for those ordained or preparing for ordination" (the CofI BCP 2004).  The 1662 and other traditional Calendars, however, retained a deeper understanding of the purpose of these days.  Firstly, they were included alongside other "Days of Fasting, or Abstinence".  Secondly, they were referred to as "The Ember-days at the Four Seasons".

They are, in other words, days of prayer and penitence to mark the passage of the seasons, days given over to pray for a good winter, spring, summer, autumn.  As such they embody our dependence on the earth, our creaturely existence, the giveness of life.  Four times a year - as we prepare for the darkness and cold of winter, the riotous joy of spring, the long, glorious days of summer, the rich splendour of autumn - the Ember Days call us to prayer and fasting for the season that lies ahead, that we would know blessing and flourishing.

"We must live a given life in a given world", says Berry.  This is the wisdom of the Ember Days.  Against the impoverished myth of disembodied, virtual existence, against the monochrome calendar of the secular age, and the sad delusion that technology (permanent light, permanent warmth, permanent sameness) banishes creaturely existence, the Ember Days remind us that the passage of the seasons is gift to be received.

And so the Advent Ember Days signal our entry into winter, into cold, dark days which bring their own blessings - the beauty of afternoon sunsets, bare trees, and sharp frosts; the rest of long nights; the yearning for the emotional and physical warmth of time shared with kith and kin; the comfort of the winter foods.

Our prayer and penitence on these Ember Days of early winter also point to the challenges the season brings - the colds and flu of the season; the fear that can accompany dark nights; the risks associated with travel amidst inclement weather; the additional demands placed on those who steward the land.  Prayer and fasting during the Advent Ember Days ask for God's blessing in the face of these seasonal challenges.

Here we are oriented towards "a given life in a given world".

Now it might be suggested that the "Ember-days at the Four Seasons" are the product of an older, agrarian society, broadly irrelevant to an urban, post-industrial, technological culture.  After all, to value them and urge their observance only encourages - in the words of Rachel Mann - an "Anglican Imagination" chiefly defined by "non-industrial and pre-industrial settings", in which "industry is essentially concealed".

This, however, is no weakness in the Anglican Imagination.  It is a profound strength and gift because an agrarian vision is what is required in the face of economic and cultural norms which are disordering both the natural and cultural environment.  We have become, in Berry's words, "aware of industrialism's potential for destruction".  We are perceiving "the folly at the root of this foolish economy".  To reject the agrarian vision of the Ember Days, the agrarian vision of the Anglican Imagination, as irrelevant to contemporary economics and culture is not a 'neutral' act but to collude with those powers disordering our common life, desecrating "a given life in a given world".

The Ember Days should, then, be joyfully embraced precisely because - not in spite of - their agrarian vision.  In words from Norman Wirzba's essay 'Agrarianism after Modernity: An Opening for Grace':

What makes agrarianism the ideal candidate for cultural and spiritual renewal is that it ... holds together in a synoptic vision the health of land and culture, recognising that neither can flourish at the expense of the other.  In agrarian practices we see a deliberate way of life in which the integrity of peoples and neighborhoods, and the natural sources they depend upon, are maintained and celebrated.  Agrarianism builds on the acknowledgement that we are biological and social beings that live through healthy habitats and communities.  However much we might think of ourselves as postagricultural beings or disembodied minds, the fact of the matter is that we are inextricably tied to the land through our bodies - we have to eat, drink, and breathe - and so our culture must always be sympathetic to the responsibilities of agri-culture. 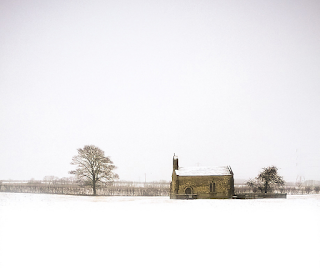 The Ember Days, then, are another example of the Church's tradition being significantly more radical and resonant than the pursuit of liturgical 'relevance', a relevance which too often is merely reflecting norms which are not means of authentic flourishing for people, culture, and natural environment.  In a culture increasingly valuing farmers' markets and local foods and drinks, in which the importance of urban green spaces for mental health is recognised, in which environmental concerns are daily news - all of which gives the lie to the delusion that we are or can be a "postagricultural" society - to minimise and neglect the Ember Days seems a particularly careless act by the Church.

As the shortest day of the year approaches, as dark days stretch on into the New Year, as winter weather endures for some more months, as we prepare for the food and drink, feasting and hospitality of the festive season, may the Advent Ember Days prayerfully prepare us to receive each of these experiences as gifts, blessed for our flourishing and renewal.