Another reason why we need Sunday Mattins 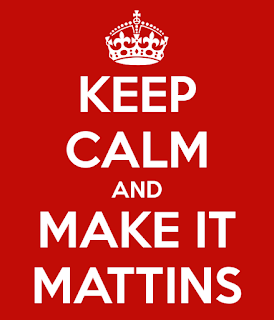 Do read Samuel L. Bray's Covenant article on the "neglected gem" of the provision for the Old Testament lessons on Sunday Mattins in the BCP 1662.  (He is referring not to the table in current editions of 1662, dating from 1871, but the original table, shared with 1559.  That said, many - albeit not all - of the insights in the article equally apply.) Bray stresses not just the quantity of Old Testament Scripture read in this lectionary - which is itself significant - but also its "definite logic".

That logic, he says, is quite different to that of the traditional Western Eucharistic lectionary retained by the BCP, in which Epistle and Gospel "inhabited the seasons", drawing us year after year to the Christological centre.  Similarly, a different logic is at work in the daily office lectionary, "readings in course through nearly the entirety of the Holy Scriptures and large swathes of the deuterocanonical books".

Bray gives a good summary of the logic of the ordering of the Old Testament lessons in the Sunday lectionary for Mattins and Evensong:

That general commitment to canonical order meant that for the long arc of biblical narrative the readings are sequential. Thus, beginning on Septuagesima, the readings move from the creation of the world all the way to the exile to Babylon ...

This, then, is the logic of the Sunday First Lessons. They present the story of Israel from creation to exile, but they also ... guide us in how to read that story.

There is a long tradition within Anglicanism which has discerned such a logic in these readings.  Bray points to Keble (in Tract 13) emphasising the significance of the "arrangement of the Lessons".  We might similarly point to Sparrow:

For Sundayes somewhat another course is observed; for then Genesis is begun to be read upon Septuagesima Sunday; because then begins the holy time of penance and mortification, to which Genesis is thought to suit best, because that treats of our misery by the fall of Adam, and of Gods severe judgment upon the world for sin.

As Bray notes, while the RCL does, of course, provide Old Testament readings, they are "peeled and diced into smaller units", often lacking coherence and certainly failing to provide "the long arc of biblical narrative".  What does strike me, however, in reading the article is that it can be seen to offer yet another reason why the loss of Mattins as a main Sunday liturgy has been detrimental to Anglicanism.

I therefore have a different perspective regarding the suggestion that the 1662 Old Testament readings for Mattins "could be used instead of the Old Testament Lesson at Holy Communion".  There is a sense in which it takes Mattins to embody this approach to the Old Testament.  Keble highlights this with his reference to the Venite at Mattins (with apologies to US readers who, since 1789, have had to endure a truncated Venite!):

it may have been suggested by the tenour of the Invitatory Psalm, commonly called, Venite exultemus; which Psalm had been used daily in the Church quite down from primitive times. Many persons, probably, have asked themselves, why that Psalm in particular should be preferred above the many of the same general tenour, for unremitting use in the Church daily. The answer probably may be found in the grave monitory warnings at the end; which, by the case of the Jews in the wilderness, describe so forcibly the position and peculiar danger of a chosen people. That one Psalm may, on reflection, give the key to the arrangement of the Lessons. 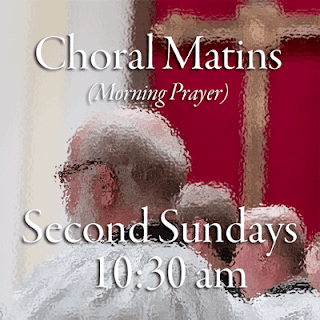 The fact that the Old Testament lesson is followed by Te Deum at Mattins and Magnificat at Evensong draws us further into the Christological reading of the story of Israel, while also emphasising that Israel's story is the Church's story, that we do not stand apart from Israel in the wilderness, in faithlessness, or in exile, but are redeemed by Israel's hope.  This reading of the Scriptures of the Old Covenant is not aided in the RCL approach, in which the Old Testament reading is followed by a Psalm, which can be perceived as placing the Old Testament in a silo, before Epistle, gradual, and Gospel.

In other words, retreiving the "neglected gem" may require also retreiving that other "neglected gem" - Mattins as a main Sunday liturgy.  Inhabiting the Scriptures of the Old Covenant should be a part of the Church's permanent 'Advent orientation'.  Put simply, we cannot understand the mystery of Incarnation, Passion, and Resurrection apart from those things "which were written in the law of Moses, and in the prophets, and in the psalms".  And it is in Mattins that this orientation and Christological reading are most obviously embodied.