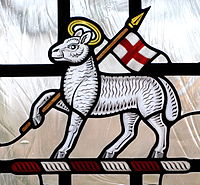 Almighty God, who through thine only-begotten Son Jesus Christ hast overcome death, and opened unto us the gate of everlasting life: We humbly beseech thee, that as by thy special grace preventing us thou dost put into our minds good desires, so by thy continual help we may bring the same to good effect; through Jesus Christ our Lord, who liveth and reigneth with thee and the Holy Ghost, ever one God, world without end. Amen.

Perhaps it is the case that it appears to be not the most inspiring or compelling of Cranmer's collects.  The collect of Easter Day does, however, have deep roots and a rich theological resonance.

The opening phrase - Almighty God, who through thine only-begotten Son Jesus Christ hast overcome death, and opened unto us the gate of everlasting life - echoes the opening of the collect in the Gelasian Sacramentary for Easter Day:

With Cranmer's collect, then, we greet Easter Day with words of prayer used by Latin Christians on the feast of feasts since the late 5th century.

The full collect is that used in pre-Reformation rites and retained in the Tridentine rite (and the Latin BCP 1560):

Here again, Cranmer's collect is an expression of the great Latin theological tradition and its joy in the Lord's Resurrection.

Similarly, the collect grounds the Latin tradition's Augustinian understanding of prevenient grace in the mystery of Easter.  In the words of Thomas Aquinas:

How this is related to the Easter mystery is set forth in a recurring theme in Rowan Williams:

Before anybody gets to the empty tomb, God is already up 'by break of day'.

"It is prevenient, inasmuch as it heals": such is the Resurrection. God is always there before us, so much so that we could never "set up the hidden camera in the garden on Easter eve and find out what really happened" (God with Us).  Our need of prevenient grace is absolute.  Without it, there is only that which is oriented towards death. Whenever we reach the tomb, God is there first, calling light out of darkness, life out of death.

as by thy special grace preventing us,
thou dost put into our minds good desires ...

If Cranmer's Easter Day collects seems quite boring at this point, distinctly ordinary, this is precisely how it should be.  For it is in the boring and the ordinary that the Resurrection is lived out.  As the Epistle of Easter Day states:

Mortify therefore your members which are upon the earth; fornication, uncleanness, inordinate affection, evil concupiscence, and covetousness, which is idolatry.

Money and sex, greed and lust: in such very ordinary, earthy experiences is the Resurrection to be lived out, brought to "good effect". 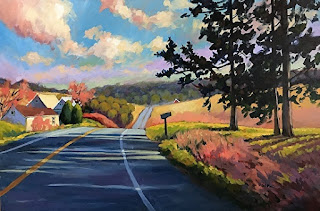 It is as with the manifesto of Wendell Berry's 'Mad Farmer Liberation Front':

Plant sequoias ... Say that the leaves are harvested when they have rotted into the mold ... Listen to carrion ... Laugh. Laughter is immeasurable ... Go with your love to the fields.

In such ordinary acts, experiences, and joys - "good desires" brought to "good effect" - says the Mad Farmer, we "Practice resurrection".  And this is the central petition of Cranmer's translation of the traditional collect for Easter Day: that we might, by grace, in the ordinary things of this life, practice Resurrection.