Scottish Episcopalianism and the Articles: no foreign imposition 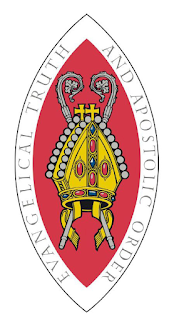 Firstly, the Scottish Communion Office is placed within the context of the Articles and their affirmation of the liberties of national churches:

WHEREAS it is acknowledged by the Twentieth and Thirty-fourth of the Thirty-Nine Articles, that "not only the Church in general, but every particular or National Church, hath authority to ordain, change, and abolish ceremonies or rites of the Church ordained only by man's authority, so that all things be done to edifying;" the Episcopal Church in Scotland, availing herself of this inherent right, hath long adopted, and very generally used, a form for the celebration of the Holy Communion, known by the name of the Scotch Communion Office.

This is a noteworthy invocation of the ecclesiology of the Articles of Religion.  It is also worth considering that the distinctive characteristics of the Scottish Communion Office are here presented in rather minimalist terms - "ordained only by man's authority" - rather than in any way necessarily superior to the forms used by other national churches within Anglicanism.

Secondly, in responding to the Gorham Judgement, the Bishops provided this declaration of the authority of the Articles as part of the received Formularies of Scottish Episcopalianism:

We have always held, as we were taught by those who preceded us in the Episcopate, that the Doctrine of the Church in Scotland is to be collected from the Scripture, the Creeds, the Articles, and other Formularies of the Church jointly.

Both statements suggest that the Articles had a much more vibrant and authoritative place in the life of 19th century Scottish Episcopalianism that is routinely suggested.  And, of course, they point us towards the role the Articles should again have in restoring theological coherence to Anglicanism.