"Sound and orthodox discourses": why we need the Book of Homilies 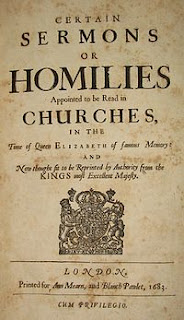 ... a body of sound and orthodox discourses.

Thus did Old High Churchman E.H. Browne (Norrisian Professor of Divinity at Cambridge 1854-64, Bishop of Ely 1864-73) describe the Books of Homilies in his 1854 An Exposition of the Thirty-Nine Articles. The phrase came to mind when reading Francis Young's essay on Article XXXV in the Young People's Theology: Theology in the Episcopal Tradition project on the Articles of Religion:

The Homilies were also a compendium of Anglican doctrine and a theological resource for clergy writing sermons. In these two respects the Homilies remain as important as they ever were.

While enthusiastically endorsing this, I do have some reservations concerning Young's interpretation of the Article as implying a distinction in standing between the first ("set forth in the time of Edward the Sixth") and second Books:

This does not accord with the fact that Elizabeth I had, in the 1559 Injunctions, directed the use of Homilies "which are and shall be set forth ... by the queen's authority" (a clear reference to the first book, as the second had not yet been published), while the 1562 Preface to the re-issued first book noted that it had been "set forth by her most loving brother, a Prince of most worthy memory" and continued:

All which Homilies Her Majesty commandeth and straitly chargeth all Parsons, Vicars, Curates, and all other having spiritual cure ... to read and declare to their parishioners plainly and distinctly.

It is highly unlikely that the framers of the Article would have contemplated disregard for Royal authority by overlooking such directions from the Crown.  Interestingly, in giving priority to the second over the first Book, Young reverses Browne's approach:

The First Book of Homilies, which was published in the reign of Edward VI., is attributed to the pens of Cranmer, Ridley, Latimer and others. The second, published in Elizabeth's reign, is supposed to be due in great part to Jewell. The former seems to be written with much greater care and accuracy than the latter, and is indeed most full of sound and valuable teaching ... the first Book is especially valuable, as having been composed by those who reformed our services and drew up our Articles.

What Browne overlooks is that the concerns of the second Book - which Young wonderfully summarises as "the importance of the material environment of the worshipper, the practicalities of worship, the seasonal life of the church, and the role of the church in moral exhortation and the policing of mores" - were no less significant to the life of the ecclesia Anglicana than the concerns of the first Book.  Furthermore, the second Book also includes homilies addressing significant matters of doctrinal controversy during the Reformation era: the Eucharist and the relationship between subject and magistrate.  Likewise, the first Book hardly overlooks the practical, with its homilies on Charity, Swearing, and against Contention.

Both, in other words, address the doctrinal and the living out of doctrine in the network of relationships known to parishioners, neighbours, spouses, and subjects.  Or in the words of the Article, "a godly and Wholesome Doctrine, and necessary for these times".

Perhaps the key part of Young's essay, however, is his urging that contemporary Anglicans recover a sense of the significance and value of the Homilies:

... so that the Homilies can regain their position alongside The Book of Common Prayer as normative articulations of traditional Anglican theology and practice, a rich resource for the Anglican Communion that embodies the roots of Anglican faith.

Here is the abiding importance of Article XXXV, ensuring the place of the Book of Homilies in the Anglican formularies as witness to the reformed catholicity of our tradition.  (We should also note in this regard that the Article refutes the Puritan rejection of the Homilies.) That they are - to use Young's phrase - "a compendium of Anglican doctrine" only highlights their significance amidst a contemporary context of what John Milbank has described as "theological incoherence".  We need, therefore, a compendium that is thoroughly Augustinian, giving robust expression to the Church's Christological centre, steeped in patristic thought, and shaped by the Reformation's renewal of the Church's life and doctrine.

We need the Book of Homilies, that "body of sound and orthodox discourses". 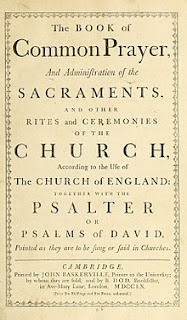 The myopia of not propagating Anglicanism

Anglican "We do show it plainly that God's holy Gospel, the ancient bishops, & the primitive Church do make on our side" Jewel's 'Apology'
Laudian "For the Manifestation of our Agreement with the Church of England, in the Confession of the same Christian Faith, & the Doctrine of the Sacraments: We do receive & approve the Book of Articles of Religion" Church of Ireland Canons 1634
Radical Orthodoxy "We have to reclaim public space & time, not disguise failure by false piety about the evils of triumphalism. Mission is impossible without a strong cultural mediation & presence" John Milbank