"The chief bond of union": Casaubon and the eirenic, generous orthodoxy of King James I 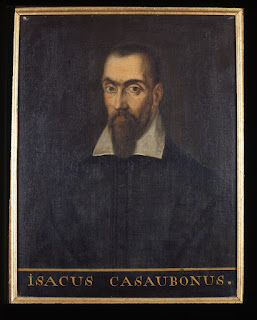 In his Answer to Cardinal Perron (1612), Casaubon noted the call of James I for key reforms to the Roman liturgy: use of the vernacular; communion in both kinds: an end to private masses; no adoration of images or relics; and the removal of invocation of saints. Alongside this, James, as he had stated in his 1616 Premonition concerning the Bishop of Rome, would, if "the forme of the ancient Church be restored ... acknowledge his primacie".

Such reforms, according to Casaubon, would be a basis for intercommunion between the Churches of Europe:

For the communion of the faithfull consisteth much in the publike exercises of pietie: and this is the chiefe bond of union so much desired by good men. Wherefore if Christians could but agree about this, why might not all Europe communicate together? only, granting a libertie to schoole-Diuines with moderation to debate other opinions. Which were a thing much to be wished, and that foundation once laid, by the helpe of God, much hope might be conceiued of the rest.

We see here an eirenic, generous orthodoxy promoted by the Supreme Governor of the ecclesia Anglicana. What might this tell us about the nature of the Jacobean and Caroline Church?

it was a settlement made by Nicodemites.  Neither Elizabeth nor any of her leading advisers had gone abroad under Mary. Although unmistakeably Protestant by conviction, they had all conformed to Catholicism to a greater or lesser extent.

He also points to Elizabeth's appointment of Nicodemites to key positions in her Reformed church: Matthew Parker (Archbishop of Canterbury), William May (her first nominee for York), and George Carew (Dean of the Chapel Royal).

Put simply, "a settlement made by Nicodemites" was always going to look with - at the very least - deep scepticism on assertions that the Church of Rome was the antichrist, entirely beyond the pale of the Church of Christ.

The eirenic quality of the Elizabethan Settlement was also emphasised by Hooker.  His Learned Discourse on Justification, of course, famously proclaimed that salvation was known by "millions" in the unreformed Roman Church over centuries:

It is true that they doe indeed, joine other things with Christ: but how? Not in the worke of redemption it selfe, which they graunt that Christ alone hath perfourmed sufficiently for the salvation of the whole world

In the Laws, Hooker rejected the notion that Recusants seeking to conform by receiving the holy Sacrament in the Church of England should be subject to particular examination of beyond the Christological confession of the Creed, accepted by Rome: conformity required no "longer trial", there was no "burden to enter farther into men’s hearts".  The Church of Rome, he stated, was "a limb of the visible Church of Christ" (V.68.6 & 9).

The generous orthodoxy of James, therefore, had deep roots in the Elizabethan Settlement.

Secondly, it challenges assumptions that Hampton's 'Reformed Conformity' straightforwardly defined 'orthodoxy' in the Jacobean and Caroline Church.  Reformed Conformists had little doubt that the Bishop of Rome was the antichrist.  On behalf of James, however, Casaubon was articulating another significant stream of thought, well-represented in the English Church and with the support of the Crown, which believed that the Roman Church, while certainly in need of reformation, was yet part of the Church catholic.

Thus the denial by Bramhall and Montagu that the papacy was the antichrist, Laud's vision of communion with the Gallican church, and the understanding of Cosin (amongst others) that a reformed See of Rome could function again as the patriarchal see of the West, rather than being heterodox innovations, were loyal to the vision of James set forth by Casaubon.  They were, in other words, very much part of the spectrum of Jacobean orthodoxy.

Thirdly, it also illustrates the significance of the Irish Church, under the influence of Bramhall and Laud, of Wentworth and Charles I, replacing the Irish Articles of 1615 with the Thirty-Nine Articles.  The former declared the Bishop of Rome to be "that man of sin, foretold in the holy Scriptures".  The latter, much more prudently, stated that the Bishop of Rome "hath no jurisdiction in this realm", a view which cohered with the ecumenical vision of James, and with Laudian ambitions for the healing of fractures in Western Christendom by means of national episcopal churches and a reformed See of Rome functioning as patriarch.

The Thirty-Nine Articles - more prudent, reserved, and moderate than the Irish Articles on this and other matters - permitted the Irish Church, in the words of Jeremy Taylor at Bramhall's funeral, to "tak[e] away that Shibboleth which made this Church lisp too undecently, or rather in some little degree to speak the speech of Ashdod, and not the language of Canaan". 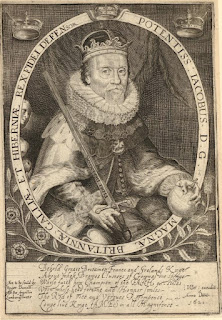 At the heart of this is James I, whose eirenic, generous orthodoxy had been set forth in his 1616 Premonition, was emphasised afresh by Casaubon, promoted by a series of leading figures whom James had advanced and encouraged, and carried through into the Laudian agenda of the 1630s. No less than 'Reformed Conformity', this had a meaningful claim to be the centre of the Jacobean and Caroline Church.
Labels: Caroline Church Casaubon Jacobean Church James I Laudianism Rome