Advent with the Hackney Phalanx 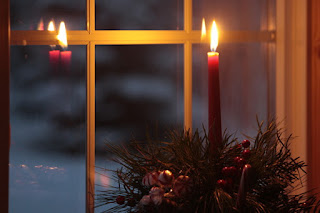 I do not know that we can well find a more profitable subject for our meditations ... this Advent, than the four collects appointed by the Church for the four several weeks.

This is precisely the approach to Advent recommended by Henry Handley Norris of the Hackney Phalanx, in his 1815 A Manual for the Parish Priest:

The four weeks set apart for considering the ADVENT of the Redeemer, he may well employ in the manner pointed out by the Church; in, preparing the minds of his flock, to make a proper use of the approaching celebration of the first coming of Christ, by turning their reflections to His second coming to judge the world. Following the order of the Collects he may begin with urging them to pray for the grace of God, and to use their own exertions, “that they may cast away the works of darkness and put upon them the armour of light,” in full assurance that their Redeemer will sit in judgment upon them ... He may on the next Sunday direct the attention of his congregation to the Holy Scriptures ... On the third Sunday in Advent, the Church awakens the attention of her members to the duty, and the proposed effects, of the Christian ministry ... the minister may, like the Church, conclude Advent with instructing his parishioners from the pulpit, to beg the help of God in working out that salvation, the merits and sufferings of the Redeemer have procured for them.

It is further evidence of the manner in which the Tractarians received and continued the traditional High Church Prayer Book Advent rather than, as is sometimes claimed, 'restoring' observance of the liturgical seasons.