"Ever espousing the cause of ... all things laudable": Anglicanism and the common welfare 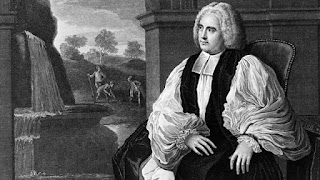 On this General Election day in the United Kingdom, words from George Berkeley's Advice to the Tories Who have Taken the Oaths (1715).  Berkeley here provides an excellent summary of why classical Anglicanism embodied (in Prayer Book, Articles, sermons, and practice) a robust view of the polity and of political duties: this is inherent to the Church's life and mission because of the significance of the polity in shaping "the common welfare".  Without a robust political theology (evident in the Prayer Book tradition, strikingly absent from most contemporary liturgies), this significant area of our common life is untouched by the Church's proclamation, thus undermining the credibility and meaningfulness of that proclamation.

Two Things there are which influence Men with a Regard for Religion; a Sense of its Truth, and a Sense of its Usefulness. The first of these can affect those alone who are really Christians: The latter may have a more extensive Influence, and cause even Infidels to pay an outward Respect to that whereon they apprehend the common Welfare to depend. In proportion as you lessen either of these Motives, you do a manifest Disservice to Religion ...

That which, in the Eye of Reason, gives any Church or Religion the Advantage above others, is the Influence it hath upon the Lives of its Professors. It is upon this foot that the Church of England, ever espousing the Cause of Virtue, Loyalty, and all Things laudable, in opposition to Libertines, Rebels, and Fanaticks, hath maintain'd her Credit and Esteem with wise Men.