"This holy season": Hobart and an Old High Church Advent 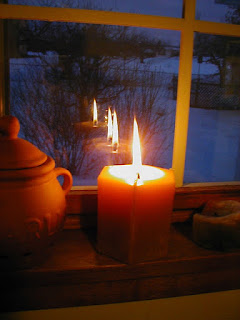 In these closing days of the season, a final post on the matter of the Old High Church observance of Advent.  A series of sermons - Sermons on the Principal Events and Truths of Redemption - by John Henry Hobart, Episcopal Bishop of New York, was published in England in 1824.  Hobart, of course, was then the chief representative of the High Church tradition in the Protestant Episcopal Church.

Volume One opens with four sermons, one for each of the Sundays of Advent.  A footnote in the first sermon, for Advent Sunday, makes reference to "the holy season devoted to the commemoration of the first and second Advent of our Lord".  In two subsequent sermons, the same phrase "holy season" appears:

The second coming of the Saviour in power and great glory to judge the world, is the subject proposed by the Church to our serious meditation at this holy season (Sermon II, The Second Sunday of Advent);

The Church, through the season of Advent, presents to us the sublime strains of the prophet Isaiah. In no other prophet, indeed, could she find sentiments that so fully accorded with the object of her services at this holy season (Sermon IV, The Fourth Sunday of Advent).

As the above extracts indicate, nine years before the beginning of the Oxford Movement, and in the context of a Republic with little cultural recognition of Advent, Hobart's preaching clearly indicates a meaningful observance of Advent, reflecting the Prayer Book provision.  The repeated references to "holy season" are particularly significant.  Hobart uses the same term regarding Christmas, marked by "temporal enjoyments", and Lent, with its call to "abstinence from even innocent social festivities".  In other words, he regards Advent as equivalent to these seasons with their distinctive practices, implying that Advent too has both a distinctive ethos and a character beyond the solely liturgical.

Hobart, then, is another witness to the vibrancy of the Old High Church Advent, to the power of "this holy season" to orient the Church towards both advents of the Lord, "the festival of the nativity ... [and] the glory and power of his second advent to judge the world" (Sermon II).  In his sermon for the Fourth Sunday of Advent, mindful that the "the celebration of the incarnation of the Son of God" is at hand, Hobart demonstrates how the piety of a Prayer Book Advent, as taught and practised by the Old High Church tradition, prepares for both the first and second advents of the Lord:

Surely, with the deepest reverence we should welcome the Advent of a Saviour who is Christ the Lord ... With the messenger of glad tidings to Zion, ascend the holy mount, and behold your God, your Redeemer, preparing for you a place in his heavenly kingdom, seats of glory eternal in the heavens, bliss that fadeth not away.