The "fervour and pathos" of an Old High Church Advent 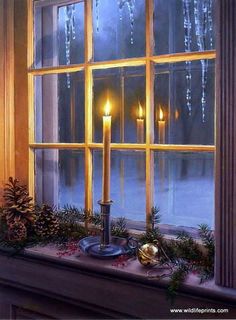 Part of the reason for the series of recent posts considering the pre-1833 High Church tradition observance of the Prayer Book Advent and how this was received and continued, rather than supposedly revived, by the Tractarians, is this extract from Washington Irving's essay 'Christmas', published in 1819:

Of all the old festivals, however, that of Christmas awakens the strongest and most heartfelt associations. There is a tone of solemn and sacred feeling that blends with our conviviality, and lifts the spirit to a state of hallowed and elevated enjoyment. The services of the church about this season are extremely tender and inspiring. They dwell on the beautiful story of the origin of our faith, and the pastoral scenes that accompanied its announcement. They gradually increase in fervour and pathos during the season of Advent, until they break forth in full jubilee on the morning that brought peace and good-will to men.

The reference to the "fervour and pathos" of services "during the season of Advent" is a striking description of Anglican Advent liturgy in 1819: considerably before the Oxford Movement (1833) or the Cambridge Camden Society (1839), and long before the publication of Directorium Anglicanum (1858).  A vibrant observance of Advent preceded Tractarians, Ecclesiologists, and Ritualists, with deep roots in the tradition of High Church Prayer Book commentary throughout the 18th century, shaping both teaching and piety well into the 19th century.

All of this is to emphasise the power of dignified simplicity of the Prayer Book Advent, a dignified simplicity too easily lost, and its unrelenting focus on "when he shall come again to judge both the quick and the dead" too often obscured, by additional practices, texts, and themes imposed upon the Advent season.  The need for the "fervour and pathos" of the Prayer Book Advent is ever more readily apparent in a cultural context in which December is entirely given over to Christmas commercial activity and in a theological context shaped by a century-long catastrophic collapse in confidence in the eschatological proclamation of the Creeds.  Contemporary Anglicanism needs the dignified simplicity and unrelenting focus of the Old High Church Advent.