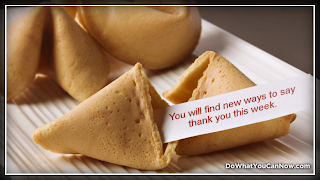 You might have guessed, I’m more of a Pelagian than an Augustinian.

It is not a line I would want to hear in any Anglican - indeed, any Christian - sermon.  It was, however, said in a recent sermon in Washington National Cathedral.  So what did the self-confessed Pelagian in the pulpit preach?

For John, human love is always derivative of the source, God’s love. And my friends, this is exactly why I struggle with the doctrine of original sin. If the divine image of God and God’s love is coded into our factory settings, why then should we, in our purest essence as newborns, why would we be stained with sin in all its wretchedness? How can an innocent child be birthed from sin, when the Bible tells us that we are birthed from love? I love this story, that the Celtic Theologian John Philip Newell tells of the fourth century Celtic monk Pelagius, who was convinced that when we hold a child immediately after its birth, when we feel the softness and smell the sweetness of the baby skin, when we look into the baby’s eyes, we are seeing a being from a deeper place. Pelagius believed that what is deepest in us is of God, not opposed to God.

A review on Covenant of Ali's Bonner's The Myth of Pelagianism (2018) noted that Augustine's tactics in debate with Pelagius "look pretty dubious":

Pelagius did not in fact hold the majority of the positions ascribed to him ... Pelagius’s teachings were, in fact the majority position in the ascetic movement of the late fourth century ... Pelagius was a casualty of a wider attempt to relocate orthodoxy.

Augustine, however, for all of his "Richelieu-esque" tactics in debate did at least do Pelagius the courtesy of treating him as a theologically serious adversary.  The sermon in Washington Cathedral, by contrast, reduced Pelagius to fortune cookie wisdom, with nice words about "when we feel the softness and smell the sweetness of the baby skin, when we look into the baby's eyes".  One can imagine poor Pelagius being rather dismayed that the rigorous asceticism he promoted was set aside in order to comfort a congregation of well-heeled DC Episcopalians with 'chicken-soup for the soul'.

In other words, the sermon is anything but a serious presentation of the teaching of Pelagius.  The preacher's desire that "I can explore these questions with you and hopefully not be labeled a heretic" should come to pass.  Fortune cookie wisdom is neither serious nor substantial enough to be heresy. That said, there are very significant problems with an Anglican sermon recommending Pelagius over a rather silly summary of Augustine's teaching on original sin: "I do not think that we possess a 'sin gene' as part of our DNA".

Firstly, encouraging a pre-Augustinian understanding of asceticism, free-will, and works is akin to encouraging a pre-Nicene Christology: it undermines those teachings and confessions which catholic Christianity discerned as necessary for ensuring that the Church was authentically centred upon the redemption wrought by the Incarnate Word.

Late last year, Earth & Altar published a serious, thoughtful engagement with the teaching of Pelagius, noting "What’s attractive about Pelagius ... In this brief summary, Pelagius presents us with a lot to like". It, however, continued:

Yet these good things about Pelagius’s theology turn into a double-edged sword. Jesus does make things easier because humans have been given a perfect example through him, but his coming also raises the bar.

Quoting from Pelagius' 'Letter to Demetrias', it highlighted how such teaching disordered and obscured the Gospel:

No matter how many times I reread Pelagius, I can’t get over this passage. The consistent “be better” and “how much more” ring in my ears. Even with the affirmation of goodness and the depth of grace in Pelagius’s theology, it comes down to this: you’re only good if you can do good. Perfection in righteousness if possible, and now, with Christ, it’s required. You’re good, and so you better live up to that. These words, always feel like a cudgel to me, and I begin to wonder if a God who gives me abilities, reason, skill, and everything I need to be perfect and then leaves me to it is really one that I want to worship.

The Covenant review of Bonner's book likewise emphasised why the Church needs Augustinianism:

The debate between the Augustinian position and its alternatives has been found throughout the Church’s history to have carried enormous pastoral implications. Ideas about free will and human goodness often seem attractive to a modern audience because they are associated with personal autonomy and liberty. Such approaches, however, often fail to account for the reality of lived experience of humanity, and they make human choice the ultimate arbiter of salvation (as Bonner shows Jerome taught). This places a heavy burden on the Christian disciple. It makes personal salvation at stake in every battle with sin and every effort towards virtue. The result is either arrogance or despair, as the ascetics themselves knew and tried to prevent.

The advance of Augustine’s theology is that it moved responsibility for salvation onto God’s love and mercy.

Both accounts illustrate how a 'turn to Pelagius' would significantly disorder the Church's proclamation of the Gospel and the shape of the Christian life.

Secondly, it undermines The Episcopal Church's witness in the context of a society and culture which must acknowledge deeply ingrained injustices which are sinful (and notice how 'original sin' is often used in a secular context to describe the evil of slavery).  In the face of such sins and how they profoundly distort a culture, the fortune cookie wisdom of the sermon has nothing to offer but 'all you need is love':

Please my beloveds, let us practice love. While our love will always be flawed, we must not hold back because of our fear and inadequacies.

This is pathetically incapable of confronting these sins, not least because it fails to take them seriously.  Such sins are not merely poor or ill-informed choices, the progressive alternative of the right-wing discourse of 'lifestyle choices'.  No, they are the fruit of of original sin, whereby we "are very far gone from our original righteousness" and "inclined to evil".  It is this recognition which makes repentance and renewal a serious matter, requiring "the Doctrine and Sacraments, and the Discipline of Christ".

Thirdly, it also entirely overlooks the creative engagement with the doctrine of original sin that has occurred within the classical Anglican tradition.  There are philosophical and moral challenges surrounding expressions of the doctrine.  It was for this reason that Jeremy Taylor wrote Unum Necessarium and Deus Justificatus, provoking significant controversy. Burnet in his commentary on Article IX showed "what are the Senses that the Learned Men of different persuasions in these matters, have put on the words of the Article", noting that "there has been a greater diversity of Opinion; but both sides have studied to prove their Tenets to be at least not contrary to the Articles of the Church".

We might also point to John Wesley's teaching on original sin as a continuation of a stream of Anglican thought, distinguishing "between the transfer of guilt to posterity (which he rejected) and the conveyance of a corrupt nature (which he accepted)". In other words, there are sources and authorities commonly accepted within orthodox Christian thought and life which can assist in addressing philosophical and moral challenges regarding the doctrine of original sin.  There is no need to turn to a figure whose teachings have been rejected by the Church catholic for obscuring the Gospel. 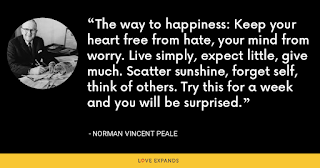 That said, perhaps such concerns are somewhat overstated.  It is not, after all, the teaching of Pelagius that the sermon in question promotes.  There is nothing of the ascetic seriousness of Pelagius in the sermon.  It does, however, reflect the teaching of a figure rather more influential in contemporary American culture. Invoking Pelagius gives a sense of the exotic and the edgy to a sermon in Washington National Cathedral.  The reality is much more banal and insipid.  The sermon is little more than a lightly reheated version of the teaching of Norman Vincent Peale.
Labels: Original Sin PECUSA Pelagianism TEC