What Anglicanism can learn from the Labour Party 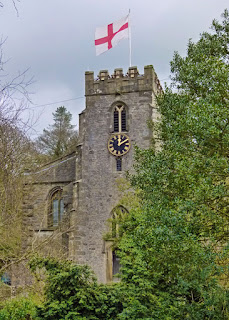 The woes of the British Labour party have recently produced a series of critiques from those associated with Labour highlighting the party's failure to recognise the significance of national allegiance and patriotic sentiment.

As Tony Blair - Labour's most electorally successful leader in history - pithily put it:

People do not like their country, their flag or their history being disrespected.

He went on to explain that this was not an unthinking nationalism or blinkered reaction:

The left always gets confused by this sentiment and assume this means people support everything their country has done or think all their history is sacrosanct. They don’t. But they query imposing the thinking of today on the practices of yesterday; they’re suspicious that behind the agenda of many of the culture warriors on the left lies an ideology they find alien and extreme; and they’re instinctively brilliant at distinguishing between the sentiment and the movement. They will support strongly campaigns against racism; but they recoil from some of the language and actions of the fringes of the Black Lives Matter movement. You could go through the entire litany of modern causes and find the same – from Extinction Rebellion to trans rights to Reclaim the Streets – in the same way.

Their patriotism is about historic pride in their places, the heritage and stories of those places, and the Britishness and Englishness of the people and families that call them home.

largely ignorant - and often contemptuous - of the lives and priorities of those in small-town Britain, of their communitarian impulse, traditional values, desire for belonging and sense of national pride.

What is described here - a political party rejecting the sense of solidarity and civic identity expressed in patriotism - could also be used to describe to how Anglican churches (and, indeed, mainline Protestant churches in general) across North Atlantic societies have in recent decades either rejected or abandoned their traditional commitment to ministering to the civic order, gathering up national life in prayer and praise, seeking to order it towards the good.

This has been given expression in a variety of ways since the 1960s.  A theological radicalism actively pursued 'prophetic minority' status, an agenda which would - ironically - be reflected in an evangelical response to secularism.  Liturgical revision diluted or removed civic and national prayers.  The contrast between the prayer for the magistrate and polity in the Prayer for the Church Militant in the classical Prayer Book tradition and the generalised petitions of most modern eucharistic rites is a striking illustration of Anglicanism moving from Somewhere to Anywhere. Alongside this has been the disappearance from much official Anglican discourse of the theological assumptions which sustained the vision of churches ministering to nation, polity, and civic society.

We might also push the matter further.  The Barthian 'Nein!' - again shared by many progressives and evangelicals - to natural theology corroded the theological foundations of traditional Anglican relationships with nation, polity, and civic society.  Common life in nation, polity, and civic society was traditionally affirmed by Anglican theology and practice as blessing, part of the created order, shaped by reason, and for our flourishing.  This was part of a Hookerian legacy, celebrating divine law and wisdom ordering our common life:

Almighty God hath graciously endued our nature, and thereby enabled the same to find out both those laws which all men generally are bound to observe, and also such as are most fit for their behoof, who lead their lives in any ordered state of government (LEP I.10.11).

As such, it was natural to gather up national, political, and civic life in the church's prayer and praise: "We bless thee for our creation, preservation, and all the blessings of this life".  The influence of the Barthian 'Nein', variously interpreted and applied, has undermined quiet joy in and thanksgiving for our common life.  Added to and related to this is the Hauerwasian rejection of any notion of 'our common life' outside of the church, a sectarianism which rejects life in a polity as a gift and blessing, rooted in creation, natural law, and reason.

An example of this can be found in the Church of England's recent report Contested Heritage in Cathedrals and Churches.  The report states that it "focusses on the issue of the memorialisation in tangible form of people or events connected with racism and slavery".  It is entirely correct that hard questions are asked about past Christian justification of and participation in the intrinsic evil of the slave trade (mindful, as Marcus Walker has pointed out, that we all collude with evil: "We are all a mix of holy, virtuous, ambiguous, self-interested, and downright sinful".)

The report opens, however, with a section which seeks to set the context for understanding the "material culture" of monuments and memorials in cathedrals and churches. While critique of memorials is, according to the report, grounded in a theological rationale (quoting the fourth Mark of Mission, "To transform unjust structures of society, to challenge violence of every kind and pursue peace and reconciliation"), there is no recognition of a theological rationale for memorials:

these objects have over centuries become part of the fabric and fixtures, and of the histories, of individual places of worship. They provide evidence of persons and wider society of the past and their opinions and beliefs. They may be considered artistically significant for reasons that have nothing to do with their contested status.

It is rather revealing that an official document is incapable of articulating a theological rationale for the memorials in many Anglican churches as expressions of national, communal, and civic service.  The report entirely lacks any recognition of a traditional Anglican understanding that public service, national life, and civic virtues are rightly affirmed on the basis of a rich theological affirmation that such goods are a cause for commemoration and thanksgiving. The result is a report which portrays the theologically-rooted critique of memorials pitted against a mere instinctive heritage conservatism.

This, however, is what should be expected.  An Anglicanism which has lost the ability to recognise national, communal, and civic life as goods to be celebrated and for which thanksgiving should be offered, is left looking distastefully at memorials as nothing more than heritage conservatism, at best utterly irrelevant to, at worst an obstacle before, a "church or cathedral’s ability to proclaim the Good News of the Kingdom?".

Anglicanism, then, begins to look rather like the contemporary Labour Party: disconnected from that ordinary, unremarkable, quiet patriotism, in which national life is recognised as as a good, in which shared institutions, values, and allegiances contribute to us co-operating, dwelling together peaceably, and flourishing. (When institutions, values, and allegiances are not shared - when sections of the community are excluded from them through racism, discrimination, and prejudice - solidarity, peace, and flourishing are undermined.)

The inability or refusal to recognise, speak to, and gather up into the church's life an ordinary, unremarkable, quiet patriotism has surely contributed to the identity crisis which has afflicted Anglicanism over recent decades in North Atlantic societies.  The recognition of the goodness of shared life in nation and community had been a strength of Anglicanism and Episcopalianism, giving to Anglican churches a cultural resonance, embedding them in the experiences and rhythms of national and communal life.  The pursuit of 'prophetic minority' status has become a self-fulfilling prophecy, catapulting Anglican and Episcopal churches to national, social, and cultural irrelevance.

In other words, Anglicanism begins to look like the Labour Party not only in terms of its attitude of contempt towards ordinary, everyday patriotism but also in the consequences of this.  The Tony Blair article quoted above opens with a survey that could equally apply to North Atlantic Anglican and Episcopal churches:

The challenge facing Britain’s Labour and Liberal Democrat parties cannot be overstated. Political parties have no divine right to exist and progressive parties of the centre and centre left are facing marginalisation, even extinction, across the Western world. Where is the French Socialist Party of François Mitterrand or the German SPD of Willy Brandt? And dominant national parties can very quickly become small fringe parties under the hammer blows of poor leadership and social and economic change.

Now none of this, obviously, means that with a dose of patriotism all will be well with such Anglican churches. What it does suggest, however, is that issues around ordinary patriotism, national life, and civic virtues point to the wider issue for contemporary Anglicanism of cultural resonance.

To put it another way, it encourages us to think of how Anglicanism can recover its sense of gratitude for and embeddedness in that order which Hooker celebrated: an order shaped and sustained by law, reason, and wisdom.  An order in which prayer is offered because it is a natural duty, in which it is natural for the parish church to be a communal centre, in which marriages are blessed with a natural solemnity, in which burials are conducted because we naturally honour the departed and commend them to the Creator, in which domestic and communal relationships are ordered towards their natural end of peace and flourishing, and in which the natural ties and obligations of national and civic life are celebrated as gifts which serve the common good. 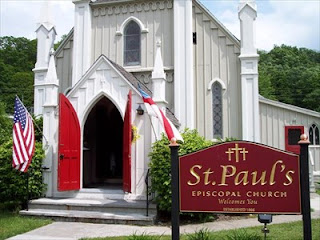 It was this vision which traditionally gave Anglicanism its cultural resonance.  Apart from this vision, Anglicanism flounders in a sectarianism foreign to its ethos, liturgy, comprehension, and pastoral traditions, a sectarianism alien to Cranmer, Hooker, and Taylor.  We might heed the words of one of Labour's most interesting thinkers, Jon Cruddas MP:
Parties are not just machines to chase votes and demographic flows ... They are built out of ideas, traditions and memories and speak on behalf of certain communities. You cannot just jettison that.
Turning afresh with thanksgiving towards an ordinary, modest patriotism (and patriotism at its best should always be modest), with a renewed gratitude for public service, national life, and civic virtues, just might help Anglicanism recover something of the Hookerian vision and begin to rebuild its cultural resonance.
Labels: National Church Natural Theology Patriotism Political theology