"To paint the Holy Trinity like three men talking to Abraham": What would Taylor make of the Rublev icon? 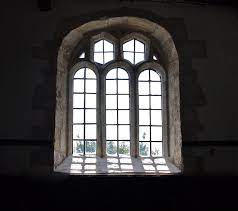 From Jeremy Taylor's A Dissuasive from Popery, Book II, Section VII, 'Of Picturing God the Father, and the Holy Trinity' (in Volume XI of The Works). While Taylor here offers a standard Reformed critique of depictions of the Holy Trinity that had become the norm in the piety of the Latin West, his reference to "like three men talking to Abraham" - the imagery used in the popular Rublev icon - is worth particularly noting. Taylor describes such imagery as tending to "depauperate our understanding of God", reminding us that rejecting it was not (and is not) 'disenchantment' but, rather, an affirmation of the "adorable majesty" of the "divine essence".

Against all the authorities almost, which are or might be brought to prove the unlawfulness of picturing God the Father, or the Holy Trinity, the Roman doctors generally give this one answer; that the fathers intended by their sayings, to condemn the picturing of the divine essence; but condemn not the picturing of those symbolical shapes or forms, in which God the Father, or the Holy Ghost, or the blessed Trinity, is supposed to have appeared.

To this I reply, 1. That no man ever intended to paint the essence of any thing in the world. A man cannot well understand an essence, and hath no idea of it in his mind, much less can a painter's pencil do it. And therefore it is a vain and impertinent discourse to prove, that they do ill, who attempt to paint the divine essence. This is a subterfuge which none, but men out of hope to defend their opinion otherwise, can make use of.

2. To picture God the Father in such symbolical forms in which he appeared, is to picture him in no form at all; for generally both the schools of the Jews and Christians consent in this, that God the Father never appeared in his person; for as St. Paul affirms, he “is the in visible God, whom no eye hath seen or can see;" he always appeared by angels, or by fire, or by storm and tempest, by a cloud, or by a still voice; he spake by his prophets, and at last by his Son; but still the adorable majesty was reserved in the secrets of his glory.

3. The church of Rome paints the Holy Trinity in forms and symbolical shapes, in which she never pretends the blessed Trinity did appear, as in a face with three noses and four eyes, one body with three heads; and as an old man with a great beard, and a pope's crown upon his head, and holding the two ends of the transverse rafter of the cross with Christ leaning on his breast, and the Holy Spirit hovering over his head: and therefore they worship the images of God the Father, and the Holy Trinity ...  never was there seen any such of the Holy Trinity in Unity, as they most impiously represent ...

But let us consider when God forbade the children of Israel to make any likeness of him, did he only forbid them to express by any image the perfect similitude of his intrinsical perfections? Had the children of Israel leave to picture God in the form of a man walking in Paradise? Or to paint the Holy Trinity like three men talking to Abraham?

... So that now it is necessary to shew that this, besides the impiety of it, is against the doctrine and practice of the primitive church, and is an innovation in religion, a propriety of the Roman doctrine, and of infinite danger and unsufferable impiety ... where did ever the holy and blessed Trinity appear like three faces joined in one, or like an old man with Christ. crucified, leaning on his breast, and a dove hovering over them?