'To confuse together virtue and vice': what Article 13 does not mean 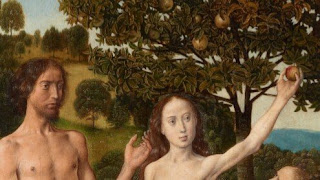 From the 1834 Bampton Lectures of Richard Laurence (then Archbishop of Cashel), Sermon IV, on the meaning of Articles 10 and 13 regarding works done before and outside of Christian Faith.  Contrary to what Laurence condemns as Calvinistic readings of these Articles, in which all such works are worthy only of damnation, he emphasises what he sees as a Lutheran Christological reading in which these works have the nature of what is good and just but cannot save.  They are to be recognised as virtue but cannot do that "which the oblation of Christ alone accomplishes".  The intention of these Articles, then, is not to deny human virtues but to centre the Church on the saving work of Christ.

Let us not however imagine, that the Lutherans on this occasion attempted to confuse together virtue and vice without distinction, from any absurd attachment to puerile paradox. Far was it from their intention to break down the sacred barriers of morality, and call evil good, or good evil; to destroy what God has established in the human breast as the rule of reason, and the law of rectitude; to depreciate that, which constitutes the firmest bond of social duty, and the true dignity of our nature in its connexion with this sublunary world: but, anxious to rescue Christian theology from the grasp of those, who embraced only to betray, they merely laboured to restore that importance to the doctrine of Redemption, with which the Scriptures invest it, but of which, by a subtle perversity, it had long been deprived ...

But obvious as seems the scope of their controversy, it has nevertheless been sometimes misconceived, and a tendency imputed to their principles abhorrent from their feelings. It has been insinuated, that their doctrine went to prove man's total inability of extricating himself from crime, until the arrival of some uncertain moment, which brings with it, without his own endeavours, a regeneration from on high, the sudden transfusion of a new light and new virtues. But those, who thus conceive of it, are not probably aware that the author of the Augsburg Confession warmly reprobates this precise idea, which he denominates a Manichæan conceit and a horrible falsehood.

... they disallowed the plea of personal merit, in the scholastical, strict, and only proper sense of that expression. It was not therefore against any conceived deficiency in the quality of our virtue that they argued, but against its supposed competency, whether wrought in or out of grace, with greater or less degrees of purity to effect that, which the oblation of Christ alone accomplishes.