Removing the neighbour's land-mark: Anglicanism and the age of populism 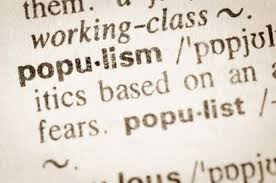 Enter Donald Trump, Nigel Farage, Jair Bolsonaro, Matteo Salvini, Viktor Orban and the AfD. What they (and others) have in common is an ability to reduce complexity to simple slogans and to answer complex questions with simplistic solutions: “Take back control”; “Drain the swamp”; Islam or freedom?”; “Make America great again”. Language is key, fear is fundamental, and hope is reduced to instant gratification of visceral demand.

The words are from a lecture by Nick Baines, Bishop of Leeds, on how Christians should respond to populism (and see a shortened version in the Church Times).

Let us think of some other attempts "to reduce complexity to simple slogans and to answer complex questions with simplistic solutions":

Life, Liberty and the pursuit of Happiness;

The free movement of goods, capital, services, and labour.

None of these slogans are mentioned by the Bishop.  While he, rightly, subjects populist slogans to critique and analysis, no critique or analysis is offered of the slogans of the liberal order, or of the ideologies and prejudices which they embody and promote.  We hear no contemporary expression of Samuel Johnson's critique of the American Revolution:

How is it that we hear the loudest yelps for liberty among the drivers of negroes?

We hear no questioning of a political project now defined by four freedoms established to serve the Market - the free movement of goods, capital, services, and labour.

And so we are told:

Populism is a threat to an ordered society and world, not primarily because it is inconvenient to the interests of powerful elites, but because the phenomenon itself embraces and legitimises language, behaviour and moralities that are manipulable by powerful elites whose morality is unaccountable.

Populism - not the Market, not Globalisation, not Corporations, all of which can easily and justifiably be critiqued for undermining ordered societies, driven by unaccountable powerful elites.

Christians are called to be realists, not fantasists – loving truth (even when it is hard to discern but important to plug away at) and resisting lies, misrepresentation, manipulation and subterfuge. Lovers of light and not colluders with darkness.

Reality, truth, light.  Yes, they do challenge populism.  But they also expose the lies, misrepresentation, manipluation, and subterfuge of the liberal order - that market choice is 'freedom', that the autonomous Individual is sovereign.

The crucial weakness in the Bishop's lecture is that it reads as a defence of the liberal order threatened by populism, with no recognition that the liberal order has reduced the complexity of the human person, communities and societies to simple slogans, often masking the self-interest of elites, and promoting deep inequalities.

Lacking from the lecture was the awareness that Rowan Williams was correct when he declared "Marx was partly right about capitalism":

Fundamentalism is a religious word, not inappropriate to the nature of the problem. Marx long ago observed the way in which unbridled capitalism became a kind of mythology, ascribing reality, power and agency to things that had no life in themselves; he was right about that, if about little else. And ascribing independent reality to what you have in fact made yourself is a perfect definition of what the Jewish and Christian Scriptures call idolatry.

Here is the reality behind the slogans of the liberal order, a reality which has inflicted deep wounds on social and cultural solidarity, threatening an ordered society.  The result is that the Bishop, in the words of Blue Labour's Maurice Glasman, "would doom us to a never-ending Clinton presidency in which the rich get richer and all change is good, unless it leads toward socialism". 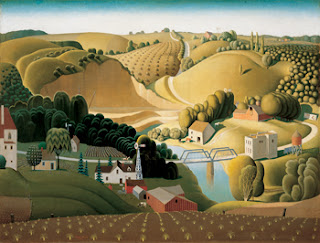 At this point, we should remind ourselves, in the words of Ron Dart, that "High Toryism, at its best, has much affinity with aspects of socialism".  As Dart goes on to state in his Red/High Tory Manifesto:

The building of ever-greater private barns and dwellings has done much to erode and undermine the commones, the public virtues - such is the liberal inheritance.  It is the role of the state to ensure and protect the commons for the good of the people ... The modern liberal addiction to possesions-property and protection of such does much to fragment and isolate people from one another into affluent and indulgent bourgeois ghettoes.  These notions of commonweal and commons run against the streams of both classical liberalism and neo-conservatism with their singular interest on the marketplace as the venue from which property and possessions can be accumulated.

The fact that a political and an economic neo-liberal consensus swept aside such concerns explains how and why a European political project emerged defined by the freedoms of the market place.  The cultural and economic consequences of this order have resulted in the challenge of populism, a protest against the wounds inflicted by the liberal order on cultural and economic solidarity, an expression of a desire for greater solidarity in the face of the atomisation imposed by the liberal order.

Roger Eatwell and Matthew Goodwin show in their very significant work on populism that populists "have increasingly sought to set out an alternative to the [economic] status quo", alongside challenging liberalism's 'thin' rather than 'thick' understanding of identity and allegiance.  Dismissing this populist challenge to the liberal order - indeed, demonising it - prevents the Church from heeding the signs of the times, and discerning the need for a critique of the liberal order, a critique which was historically voiced by the Church, but which now has given way to a complacent affirmation of this order.

As the Bishop defends the liberal order, we can recall that another vision of solidarity and an ordered society  - a vision shared by Red Tories and Blue Labour - has been at the heart of classical Anglican political theology and social teaching.  If we wanted to summarise this, we might turn to the BCP 1662 Commination.  Perhaps it does appear to be a slightly odd place to look for a political theology and social teaching, but here it is:

Cursed is he that removeth his neighbour's land-mark.

Removing the 'land-mark' of our neighbour has been a defining characteristic of the neo-liberal order - tearing down 'land-marks' which have protected labour, the landscape (natural and built), communal identity, and social solidarity. It was this understanding which led classical Anglican political theology and social teaching, as John Milbank has pointed out, to challenge the Whig ideal of a commerical republic and 19th century Manchester Liberalism, a challenge which he describes as "a practical critique of homo economicus". 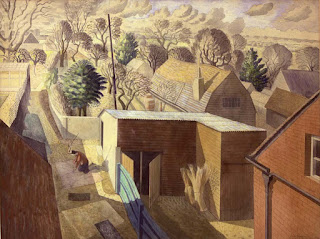 It is this which is almost entirely absent from the Bishop's lecture, a failure to recognise that populism - while it can take particularly ugly, disordered forms - is also an expression of a desire and yearning for an ordered society and a moral economy, key aspects of classical Anglican political theology and social teaching.  In an age when an exhausted political, economic, and cultural liberalism is increasingly seen as incapable of responding to the desire for a society and economy which does not remove the neighbour's landmark, one would hope that Anglicanism - blessed with a rich tradition of political theology and social teaching - would aspire to more than being a chaplain to a passing neo-liberal order.