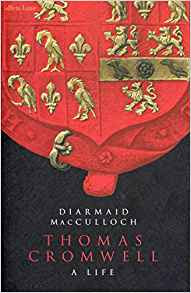 Set alongside his 1996 biography of Thomas Cranmer, Diarmaid MacCulloch's Thomas Cromwell: A Life (2018) provides a superb account of the key characters - and their thinking, rivalries, realpoltik, and ambitions - who drove England's break from Rome. Rowan Williams has described MacCulloch's Thomas Cromwell as a "brilliant book, a model of classical historical biography at its finest".  It is likely to remain the authoritative text on Cromwell for a generation.

At 552 pages, it is a substantial, detailed tome.  Rather than attempt a full review of the book, I want to focus on four particular aspects of MacCulloch's account that may be of interest to those with a commitment to the Anglican tradition.

Firstly, while it is true that MacCulloch points to the extensive nature of Cromwell's engagement with the evangelical thinking emerging from the continental centres of Reformation, another source for Cromwell's religious thinking was his involvement with Lollard circles in England.  MacCulloch's narrative suggests that it was "the life and practice of Lollards" which predisposed Cromwell and others to the evangelical witness coming out of the continent.  Cromwell's knowledge of Lollard social circles is carefully described by MacCulloch (e.g. pp.67ff).  In Cromwell's agenda of religious reform we see "the uneasily related streams of new evangelical and old Lollard dissent" (p.69) emerging.  However, it is the "native dissent" (p.69) which was the foundation for this reform.  Yes, it was enthused and inspired afresh by continental Reformation, but the "later developments of the English Reformation fulfilled many venerable Lollard hopes" (p.543).

It is far from a full refutation of the Duffy school - 'foreign Reformed ideas imposed by a small elite coterie upon Merrie Catholic England' - but it is an important reminder of the native roots of the English Reformation.

Secondly, MacCulloch demonstrates the complexities of the religious practice and allegiances of the era.  The Lollards, after all, kept "a tepid outward conformity to their community's public worship" (p.67), while "some of them held parish office in the Church from which they dissented" (p.72).  As Eamon Duffy has also demonstrated in The Voices of Morebath, referring to a later stage in the English Reformation, "sharp distinctions between Catholic and Protestant, traditionalist and reformed, may look more straightforward and clear-cut to the historian than they did to those immersed in the press of events".  MacCulloch echoes this in a summary of the earlier era:

In the first stages of the English Reformation, religious boundaries were yet to be clearly defined, particularly when people balanced lucrative careers with sincerely held but evolving belief (p.35).

A recurring theme in MacCulloch's discussion of Cromwell's religiosity is "Nicodemism":

that quiet decision to hide one's religious views and practice amid some degree of conformity to the surrounding official religion (p.72).

With Cromwell, of course, this was considerably more complex than someone from a local family with Lollard sympathies holding parish office.  Cromwell had evangelical sympathies and tendencies while in the service of Cardinal Wolsey, the papal legate.  He then served a king who executed both papalist and evangelical dissidents, even as Cromwell pursued an agenda of religious reform in the king's name. Despite Calvin's stinging condemnation of the practice, and alongside prudence and fear, Nicodemism could also be motivated by a desire to seek the well-being of the realm, mindful of the obligation to love neighbour and honour the king.

We see something here of the conformity which will be close to the heart of the Elizabethan Settlement.  As MacCulloch notes of Elizabeth in his conclusion, "like Cromwell, she was a Nicodemite" (p.542), while her leading ministers were "Nicodemites all" (p.543).   It is difficult not to think that this experience helped to shape the theology of conformity - parish, common prayer, realm - which defined the Elizabethan ecclesia Anglicana.

Of course, greed and power were also factors in opposing the dissolution.  In addition to this, however, MacCulloch reminds us of the theological case for the dissolution of the monasteries.  For Cranmer and Cromwell "both papist religious orders and [Anabaptist] radicals cut themsevles off from the Church's mainstream life".  This echoed Tyndale's view that the orders undermined the  "quiet unity and friendly concord" of the Christian community in the parish, and was again heard in Latimer's critique that they and the Anabaptists alike "could not abide the company of men"and - in MacCulloch's summary of Latimer - "shunned ordinary society" (p.289).

The dissolution of the monasteries, then, contributed to the centrality to the Anglican experience of the community and institution of the parish, the "ordinary society" of the ecclesia Anglicana.  The contrast with the pre-Reformation Church was stark.  As Duffy notes in The Stripping of the Altars, monasteries were "institutions with a central place in popular religious practice".  The dissolution of the monasteries ensured that the parishes became this central place, given expression in the Elizabethan Church in the 'Homily of the Right Use of the Church' and the 'Homily for Repairing and Keeping Clean of Churches'.  The parish replaced the monastery as "a serious house on serious earth".

Putting together these aspects of MacCulloch's account, he concludes by presenting Cromwell as the father of the Elizabethan Settlement:

Thomas Cromwell's Nicodemite version of Reformed Protestantism endured.  Under the tutelage of his most accomplished imitator, Queen Elizabeth I, it became the Church of England (p.543).

Rather than being a cause of embarrassment or ecclesial shame for Anglicans, we should heed Rowan Williams's assessment in his review of the book: "Revolutions need a variety of political personalities; they need theorists and managers, but they also need enforcers".  Not only has this been seen in Christian reform movements across history, it also reflects the very nature of the Church.  As Ratzinger has stated:

According to the conviction of Christians from the very beginning, those who meet for the Eucharist do not form a social group or a circle of friends but, rather, the public entity of the People of God, which is comparable, in the status that it claims, not to any cultic associations, but solely to the political entity of the Roman Empire and its citizenry.

The same emphasis is seen in Hooker's insistence that "the Church is a visible society and body politic" (LEP III.11.14).  To govern and reform a 'body politic', a 'political entity', practitioners and enforcers are required: Cromwell was required for the reformation of the ecclesia Anglicana.

Cranmer and Cromwell: MacCulloch has given us superb biographies of two figures central to the English Reformation, central to the reformation of the ecclesia Anglicana.  Both of them, of course, were flawed figures, men of their time, personalities shaped both by idealism and ambition, loyalty and fear.  Which is to say that they were - in the words Cranmer has given to us - "miserable offenders". 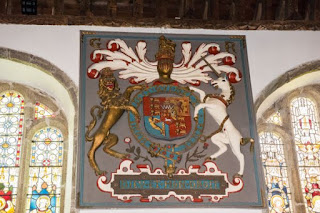 But this, of course, is but one part of the story of any of us who are baptised.  Each miserable offender also has a vocation.  In the Book of Common Prayer, Cranmer bestowed upon what was to become Anglicanism a great gift.  Cromwell too bestowed a gift, the gift of the Royal Supremacy, a means of ensuring an understanding of the Church fundamental to Anglicanism - the idea of a national church, with authority "to ordain, change, and abolish ceremonies or rites of the Church ordained only by man's authority, so that all things may be done to edifying".

MacCulloch has reminded us why we have reason to be thankful for Thomas Cromwell.